NL Only 2013 Fantasy Baseball 2B Rankings 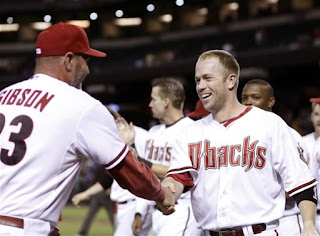 Today I'd like to present fantasy baseball advice for the position of 2B for NL Only leagues.  Yeah, let's just say that this position is not exactly loaded with talent for 2013.  If you've missed them, you can get my NL Only C and 1B Rankings are already posted.  Also you can follow the NL King (I'm not The Fantasy Man ;) on twitter @ TheNLKing.

Similar to the catcher position, a solid 2B option is scarce in NL Only leagues and in many drafts these players go at an inflated price. This is something to watch out for as you want to pick your spots if you're forced to overpay on draft day. It's one thing to overpay on a Clayton Kershaw or a Matt Kemp but it's another thing to over pay on a Brandon Phillips or Aaron Hill. Second base is such a tricky position that there are a number of talented 2B in terms of Fantasy Baseball in the NL but these players are very inconsistent. One year they are a Fantasy Baseball studs and the next they're duds.  For example, Rickie Weeks and Aaron Hill immediately come to mind. That makes creating a solid draft strategy very difficult for fantasy managers in analyzing players. In my opinion, there are currently no elite players at 2B in the NL. Let's break it down my rankings....

Aaron Hill - ARZ - Hill is coming off a tremendous year last season.  I would consider him elite if it wasn't for the fact Hill hit .205 in 2010 and in 2011 had just 8HR's while hitting .246.  Hill is on a good team, plays in a ballpark where the ball flies and is also playing for a new contract as he's a free agent after the 2013 season. All those signs post to another strong campaign for 2013. However, the last time Hill had a big year was 2009 which he followed with a poor year in 2010. Because of his inconsistency it's very scary to pay on draft day a price for Hill based on his stats from last year.

Rickie Weeks - MIL - Considering Weeks was hitting .199 at the all-star break his final stat line was amazing. Weeks has the talent to break 20HR's and 15SB's which is a great combo. However, last season was only the second time in his career that he broke 130 games played. In addition Weeks has had a number of seasons including last year where he hit in the .230's. That kind of batting average is a killer. Because of questions regarding his health and his batting average he's a huge risk.

Neil Walker - PIT - Walker is showing himself to be what I call a "Steady Eddie". Puts up good numbers across the board. Nothing sexy just solid and consistent. Given the NL 2B that's a lot to like.

Danny Espinosa - WAS - After a putrid 1st 5-6 weeks, Espinoza really got going from that point on. Davey Johnson sat down with Espinosa regarding his approach. There is a lot to like here as Espinosa can easily be a 20/20 guy and for the 2013 season qualifies at both 2B and SS. The key with Espiniosa is his batting average. Last year he hit .247 up from .236 the year before. If Espinosa can add a few more points to his batting average and hit .260 you would really have something here. Again that's a big IF.  Only problem is Espinosa has a torn rotator cuff and as of January 29th, plans to play through it opting out of surgery according to reports.

Dan Uggla - ATL - Uggla is coming off his worst year as he failed to break 20 HR's for the first time in his 7 year career. Uggla hit a career low of .220 in 2012. The problem going into last season was fantasy owners were spoiled with a slightly better BA the last couple of years when earlier in his career he was more a .240's hitter. In a future article, I will break down batting average and how to put a team together but that kind of average is a drag for your team. To have a player like that he must be dominant in the other categories and in Uggla's case that would be HR, R and RBI. This is a big season for Uggla and quite frankly he has been a very up and down player. I would need a good discount to buy Uggla on draft day.

Josh Rutledge - COL - Rutledge showed a lot of good things last year in roughly a half a season. However, it is a small sample and the league will adjust to Rutledge while expectations are high. How does Rutledge handle all that? Again, there is much to like but with questions to be answered.

Chase Utley - PHI - He is now 35 and has bad knees. Given his body, it's hard to see Utley going back to being one of the top Fantasy Players in the NL. If Utley can play 130 games and give you good value be very happy. Having said that, he's a huge health risk to say the least.

Marco Scutaro - SF - Coming off a great year but is now 38 and is still likely to provide only single digits in HR's and SB's. Also now plays in a big ballpark. Also qualifies at SS which is an added bonus. I like to call Scutaro "serviceable". Basically, he won't kill you but won't add much extra value either.

Daniel Murphy - NYM - I know he stole 10 bases last year and is a plus batting average guy who is capable of breaking .300, but, I have never been high on Murphy who is no longer a position eligibility stud. Murphy only qualifies for 2B in 2013. You could however do worse in the NL at 2B.  Just don't pay a high price for Murphy on draft day.

Mark Ellis - LAD - Going to hit at the bottom of the Dodger lineup with probably a sub .260 average. Throws in a few stats but really not much. Try and get someone better. I've seen predictions that he could possibly bat lead off but past history should be all you need to decide if there is value here r not in your draft.

The Rest: Donovan Solano (MIA), Daniel Descalso (STL), Darwin Barney (CHI), Logan Forsythe and Alexi Amarista (SD). Really all of these guys at best should fall under as end-of-the-draft buys for your middle infield position at best. I believe that almost all of these players will bat at the botttom of their teams lineups which makes their value very small. The only one who I can see having decent value is Solano because there are so few players in Miami. If Solano can be the Marlins number two hitter he may be able to hit for a good average throw in 10 to 15 steals and score some runs for you, but's that's a big if. Keep on an eye on where Solano is projected to hit in the lineup during the Spring.