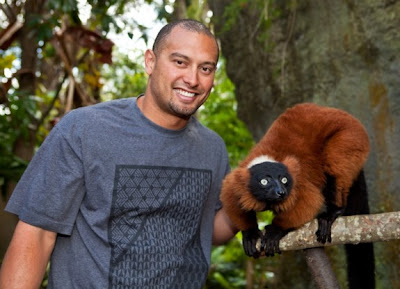 In the event that you missed the first 2 parts, I shall attempt to differentiate some Outfielders in the #25-40 range by comparing them to the Star Trek movies. The basic premise, one sentence about each Trek movie (I haven't seen any film since Kevin Costner's career died, so I haven't seen the newest one) followed by what player I equate that film to.

Star Trek 8: You have time travel, you have assimilation, there's like 5 ways I could look at this movie, but again, it's ultimately not that great.
Player equivalent: Shane Victorino
My first instinct is to apologize for saying I kind of like Victorino. I haven't until this point. Now...I kind of do...I guess?  I really haven't been a fan of his in Fantasy because he's not great at anything, but I've felt that owners were treating him as such. Maybe I'm just being a softy here, but I don't feel as strongly about that now. Maybe it's the move to Boston, maybe it's more experts lowering their opinions on him, but I could consider drafting him this year. On the other side of the coin, he's 32, and I'm concerned he's left his heart in Philadelphia. Call it a hunch if you will, but I couldn't trust him as anything more than maybe a #4 OF, and that's if I feel good about him going into a draft. The BA isn't going to help my teams, but I think the power might be pleasantly surprising this year. I feel like this pick is more therapeutic for me than helpful to you, but if you're like me in your dislike of Victorino, this might be the time to start considering him late, not as a key player, but as part of the supporting cast.

Star Trek 9: The good guys' bosses try to undermine their primary mission.
Player equivalent: Well...
There's a couple of players that concern me. There's Nelson Cruz, oft injured and there's the question of PEDs still lingering. A glance at past year's numbers suggests that he's at his best when he misses time, that he's more efficient if he's out for chunks of the season. It goes without saying, but you don't want to be trying to win with a guy whose availability comes and goes, unless you have a solid backup plan behind him.

Then there's Lorenzo Cain. He's still a popular pick as a #4-5 OF, and as a Brewer fan, I can tell you that I understand why. When he came up, he was an awesome young power/speed combo player. I was looking forward to seeing him in CF and possibly hitting behind Prince Fielder in the lineup. What upside he had! Then we traded him to Kansas City, and he hasn't done much of anything. He was sent to the minors, stayed there for the better part of the last two seasons, and it has me wondering...if he's so good, why hasn't he had his chance to shine yet? He started off well in Milwaukee, but was benched after reporting to a game late. Being traded shortly afterward didn't help matters. KC's OF has been fairly deep lately, but how could they hold a young OF like him down for this long? I feel like they view him as a good Plan B that they're resorting to, but I'm not sure I trust him, even late. Plenty of other fish in the sea. I'm worried he'll end up hosing several of you guys over, and I want to say...be careful. You have been warned.

The movie has grown on me (a bit), and Cain might over time, but I'd have to see the success before I'll believe it. In Cruz's case, I still don't know that I'll bother with him unless I'm confident I have a great backup plan to slide in if he's hurt. Either way, if I had either guy on my team, I'd deal him off before the trade deadline.

Star Trek 10: Sort of a bad remake of Star Trek 2, but the villain is physically coming apart.
Player equivalent: Carlos Beltran
It's like Beltran is good again...but not as complete a player as he used to be, sort of like if “ST2: Wrath of Khan” grew into “ST10: Nemesis.” But it finally dawned on me that Beltran really is like Shinzon from “Nemesis.” Only so much time left to complete his mission, body is breaking down, but he's still got some fight left in him.

Written by David Bobke
Posted by The Fantasy Man at 6:00 AM